Are you having trouble with Writer’s Block? Here’s the ultimate solution.

If your story has no conflict you have no story. Conflict is required. Make it difficult for
your protagonist to attain the goal. The threat of failing to achieve the goal must be severe
enough to drive the protagonist to overcome whatever the antagonist puts in the way.

This how fast the story moves forward. Don’t do to much in too little text, or take forever to
do anything at all.

•      Show that a character is heartbroken.

•      Readers want to know what your characters look like.

•      Include the five plus senses: sight, sound, touch, smell, taste, the sense of space. Include
color and don’t be afraid to associate colors sounds smells with memories; sights, events.

•      When the antagonist is the environment, whether the vast ocean or the lunar landscape, the
stakes are live itself in a survival situation.

•      So, never say your work has no antagonist. the antagonist is whoever or whatever works
against the protagonist to attain a specific goal.

This is the person, place, or thing that acts to thwart the needs, desires, and actions of the
protagonist. The Antagonist need not be a person or even a living thing. It could be survival on
the ocean or on the lunar landscape. Choose your antagonist with care as it must be appropriate to
the setting and the ability of the protagonist to overcome it with effort, intelligence, and effort.
Do be careful that your antagonist is so powerful that the protagonist has no chance of
overcoming it because there’s no story there.

Characters may be people, animals, vehicles. anyone or anything that the story must have to
be a story. When your characters are inanimate, be they vehicles of computers, you must know
their technology cold. This is no place to make mistakes.

Main characters are required for the story to exist and are named, described and necessary.

Minor characters are only needed to fulfill the needs of the main characters and may, but
need not be named.

Here’s an example: a main character asks direction from someone on the street. The
character need not be named or even describes as he or she will not appear again in the story. The
same holds true for people who serve meals, pump gasoline. wash dishes, operate ski lifts,
etcetera.

Be careful not to pay too much attention to minor characters or you will confuse the reader.

This is what characters say in conversation and how they say it. It is literally the words that
they use. There is no better way to sharpen your dialogue than to listen to how the people you
meet speak and verbalize themselves. Take notes. Yes, take notes. Carry a note book and stand
off to the side and write down what people are saying and the words they use to say it.

This is where the story takes pace indoors and out doors. What those who write movie
scripts would cal interior or exterior. You simply must know the territory and be consistent. this
is always important even when the location is on a planet, moon, prison, in a car, bus, truck or
anywhere else.

When writing fiction, especially science fiction, resist the temptation to explain how the
technology works. The reader doesn’t care how your star ship operates; how it’s engines work.
The reader wants to read story, and the story is about characters, about good versus evil, about
something substantive. Your story must matter to the reader. 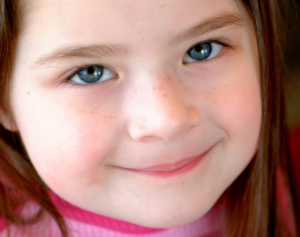